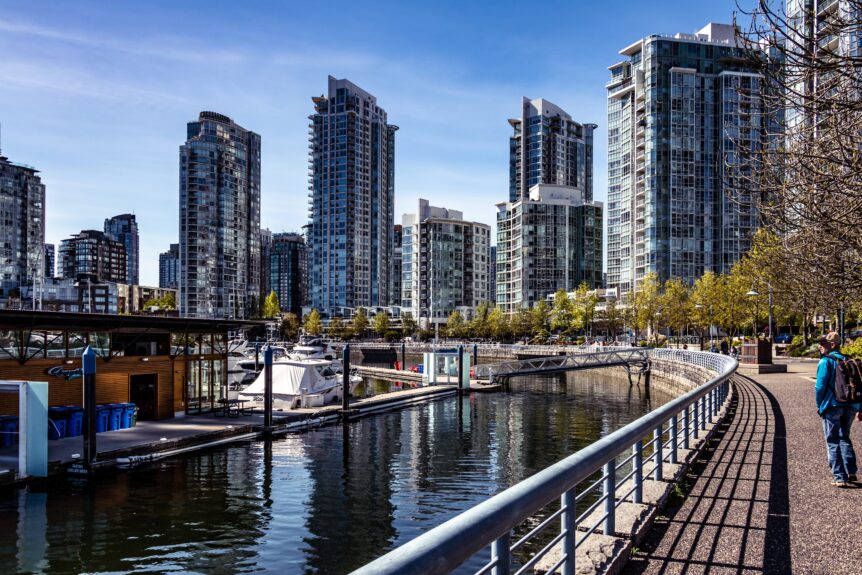 Four out of the top five North American cities to live are in Canada, with Calgary ranked as No. 1, followed by Vancouver, Toronto and Montreal.

That’s according to the Global Liveability Ranking, a yearly assessment published by the Economist Intelligence Unit (EIU), the Economist’s sister company. The survey ranks 172 cities (previously 140) for their urban quality of life based on factors such as health care and political stability.

The survey also breaks down their rankings to look at the best cities in regions, like North America. Atlanta is our southern neighbour’s No. 1 city, ranking fifth in North America. Internationally, Calgary ranked as No. 4, Vancouver ranked fifth, and Toronto listed as eighth. The top three international spots went to Vienna, Copenhagen and Zurich.

What makes a city livable?

More than 30 factors related to education, culture, the environment, health care, infrastructure and stability were analyzed. The index’s authors also explained that top cities were chosen by how they rebounded from the pandemic in addition to factoring in stability, good infrastructure and services and enjoyable leisure activities.

“Western European and Canadian cities dominate the top of our rankings,” the report said, citing how everyday life is “almost back to normal in these cities” after achieving high COVID-19 vaccination rates and ending lockdowns.

High ranking in spite of the housing affordability problem?

When publishing our report for the five best Canadian cities for housing affordability and job growth, none of the EIU’s picks made the list.

While the large urban hubs — like Vancouver, Toronto, and Montreal — offer the most lucrative jobs and career options, they also have some of the most expensive real estate in the nation.

Canadians know this, and some are willing to make sacrifices to find affordable housing.

A July 20 Leger survey, commissioned by RE/MAX, revealed that about 64 per cent of Canadians list relocation among the top sacrifices they’d be willing to make to buy affordable homes.

The survey also found that 43 per cent said the high price of real estate in their area was a barrier to entry into the market. Other hurdles include a higher cost of living (35 per cent); a shortfall in salary (24 per cent); market volatility (24 per cent), and rising interest rates (24 per cent).

This explains why the federal government is providing $1.5 billion to extend the Rapid Housing Initiative and create at least 6,000 additional affordable housing units across Canada.

Is there hope with Calgary and Montreal?

When looking at benchmark real estate prices, both Calgary and Montreal are significantly more affordable when compared to Toronto and Vancouver, where prices for a detached home start at around a million.

Calgary’s benchmark price of real estate reached $581,600 in July, going up 13 per cent higher than levels reported last year. Detached homes in Calgary rose by nine per cent year-over-year to reach about $637,000 in July, and condos went up six per cent to hit $275,000.

The issue of income vs housing prices

Vancouver’s benchmark price for detached homes is more than $2 million, representing a 13.4 per cent increase from June 2021. Condo prices in Vancouver rose by 11.4 per cent from July last year to hit a benchmark price of $755,000.

With Vancouver’s real estate market being so expensive, one would expect the average income to be higher or even higher than Calgary’s, right?

ot exactly. According to Statistics Canada, the average income in Vancouver equals the national average at $52,600.

For Toronto, the average selling price is about $1.5 million, which remained 5.3 per cent above the June 2021 level. The Greater Toronto Area’s prices for detached homes in July averaged about $1.4 million, semi-detached were about $1 million, and condo apartments were about $719,237.

Toronto’s average income too isn’t that much higher than the national average. For 2020, Torontians on average earned $52,700.

What makes Toronto and Vancouver so expensive?

Last year, Ontario received half of all the newcomers to Canada, with the majority aiming to settle in Toronto where all the lucrative job opportunities are.

Known for its picturesque beauty, metro Vancouver also attracts lots of immigrants. It is expected that population growth in British Columbia will once again be driven by immigration this year, when it will welcome a record of more than 70,000 permanent residents.

“Our region continues to grow because we attract people and businesses from all around the world,” said Toronto Regional Real Estate Board CEO John DiMichele in July.

DiMichele also urged policymakers at all levels to build more homes as “housing demand” will “remain strong over the long term.”